There are two ways to measure distances between points here in OZmap, but do you know what they are? In this tip we will know a little more about the tools, what are their differences and how to use them.

First, let's get to know the tool of the metrics, a feature that allows you to calculate the distance of the path between two elements. To access them, just go to “Network Tools” in the side menu and then click on the metrics icon, as shown in the image: 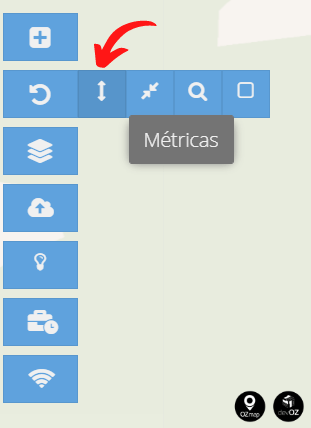 When selecting it, there are two different ways to measure the distance between two points: through the cables or through the adjacencies (shortest path).

the distance via cable is dedicated for use between any types of elements, whether boxes, POPs, customers, condominiums, among others, shortest way can only be used between two posts, since it uses as a basis for the calculation the adjacencies between them.

In both cases, to use them just click on the “Initial Element” and “Final Element” buttons and select the corresponding items whose distance will be measured. It can be seen that only the button equivalent to the types of elements selected will be enabled, so if you select two posts to find the distance, only the “Shortest path” button will appear, while if you select any other type of equipment it will be the “Via cable” button that will be available. 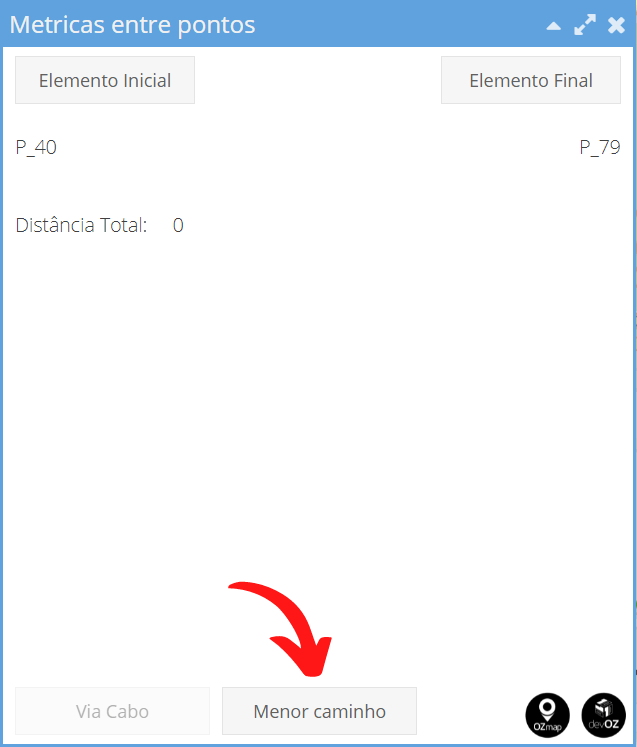 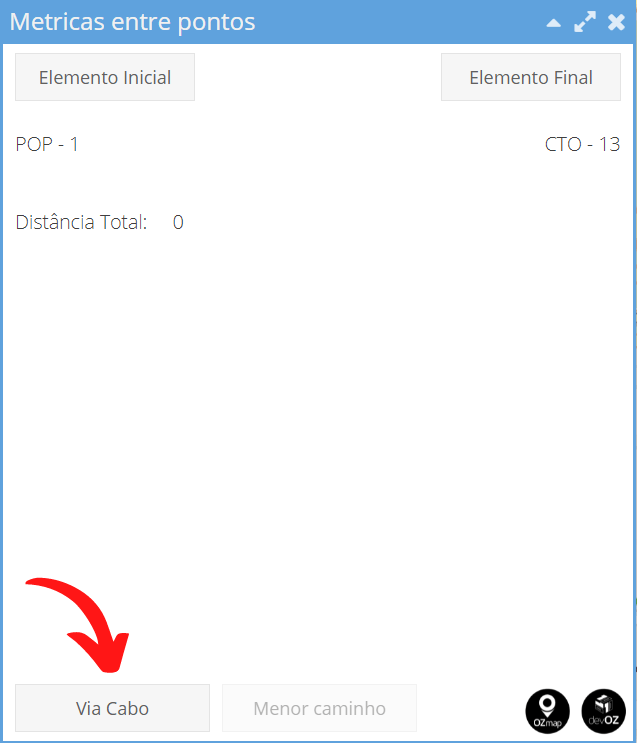 As soon as one of the buttons is used, the distance calculation will be performed and the total distance will appear in the indicated field, as well as the complete path where the measurement was made. This path will also be indicated on the map, marking in green the places where it passes, in the case of “Métrica via Cabo”, and making a dashed line in the case of “Métrica pelo Menor Caminho”.

A good example for the use of metrics would be a case where the poles and the paths between them (adjacencies) were raised, but the rest of the network was not. From this, it is possible to use the resource to know the shortest route between two poles, aiming to spend the least amount of cable possible.

In addition to them, there is also another tool that allows you to see the distance between equipment, called Line Distance. As the name suggests, it is used to measure the distance between points marked on the project map with a straight line, and if it differs from metrics in that it is not necessarily linked to points on your map, you can simply use it to measure your project. from one end to the other, for example.

To access them, just go to “Network Tools” in the side menu and then click on the “Line distance” icon, as shown in the image: 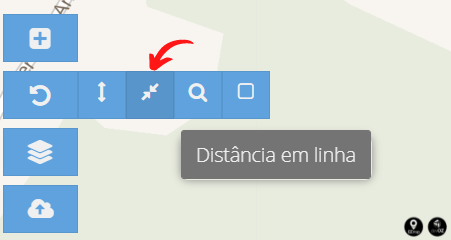 From there, you can select on the map the locations where you want to measure the distance. As soon as two points are selected, the value of the space between them will already be shown on the screen, but it is possible to click on more locations, drawing the complete path that you want to measure. When you reach the last point, just click on it to end the drawing.

If you have drawn a path and want to add a position that was missing, you can click on the transparent squares that are between two points, in this way a new vertex will be created and, to reposition an already created vertex, just click on it and drag it to the desired position.

By just clicking on the vertex, the point will be removed.

In all these cases, the total shown will always be equivalent to the distance between the two ends of the path.

To start another route simultaneously with the existing one, just end the first route (by clicking on the end point, as indicated above) and click on the “Distance in line” icon on the side menu again, and then draw the new route.

To remove a complete drawn path, you must double click on it, or press the “Esc” key on your keyboard, removing the drawings from the screen from the most recent to the oldest.

Now that you know all these features, how about making your measurements easier?

If you want to know more about OZMap, check out the tutorials on our channel!